The world's largest flatmate finder
Location not found. Please try again.
Please enter a location
More than one location matched your search:
SEARCH
Looking for a tenant? Post your room
< Change location
Signup with Facebook
We'll never post on your timeline without your permission
We have not been able to authenticate you with Facebook, please sign up with your email address.
Find your flatshare
OR
Account already exists, please log in
You haven't been authenticated
Find your flatshare

As seen in the press

Share accommodation in Australia
Looking for a flatmate in Australia? With thousands of rooms to rent in Australia we have got you covered! Australia is one of the world's most urbanised countries. The potential of finding a room for rent in these areas is high, with many looking for flatmates. There is no shortage of flatmates wanted, whether in popular city, like Sydney, or a smaller one, like Launceston. You can easily find the flatmate of your dreams in Australia, by using the flatmate finder on Roomgo.

43 rooms for rent in Australia 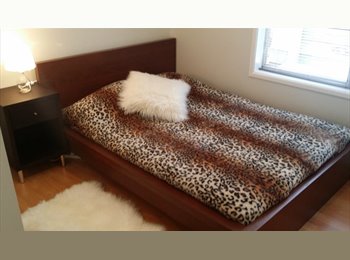 $220 pw
FOR RENT, Bedroom, Clean & Quite
This home is fully furnished , clean and quite household with 2 other working young males of about 30 yo The room sees out on vegetation and birds. It has a King Single bed very c...
Available now 2 flatmates - Male
Barokee Dr, Tanah Merah
Basic member 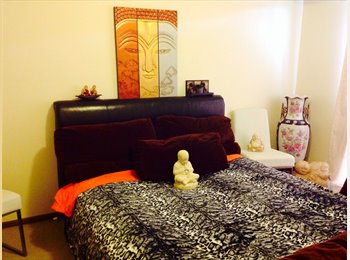 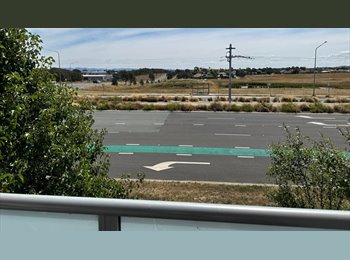 $300 pw
3rd flatmate wanted, Harrison CBR
Looking for a room mate in Harrison. 4 bedroom home with 2 bathrooms and 3 toilets. The room on the bottom floor will be yours. There is a toilet downstairs in the laundry, with...
Available now 2 flatmates - Male
Kings Canyon St, Harrison
Basic member 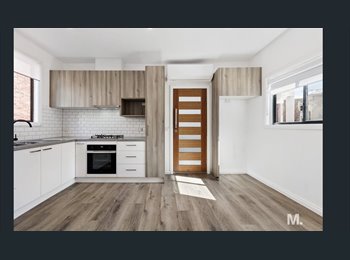 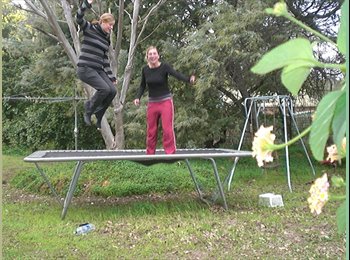 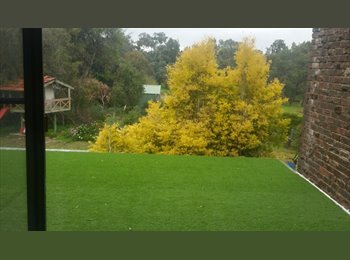 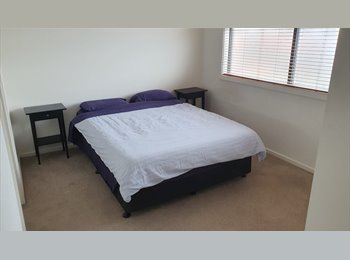 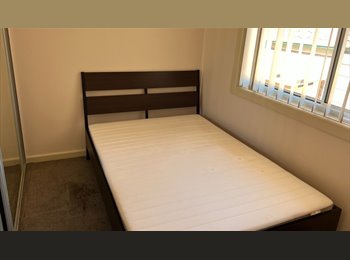 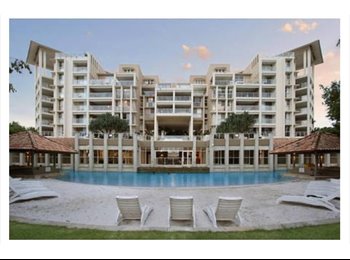 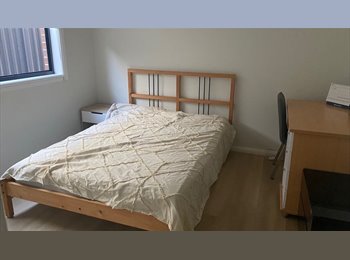 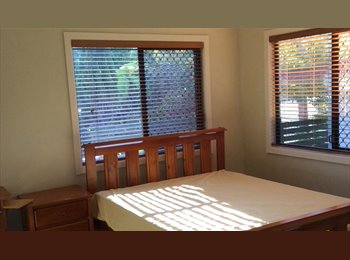 $240 pw
Lovely Front Room of House for Rental
$240 for one person. One lockable bedroom, with queen size bed and furnishings. The property is behind a wall and lockable gate. There is a shared bathroom with one other person...
Available now Flatmates unknown
Turpin Rd, Labrador
Basic member 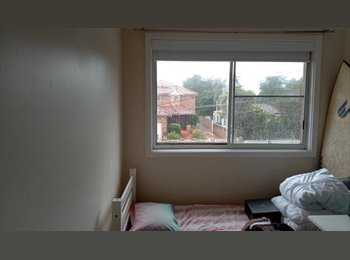 $350 pw
Room for lease for 1week
4 bedroomed house with pool and gym...2 street's back from beach ...walking distance to shops , available on the 10th of January to the 17th of Jan....2023 for 1 week ...
Available now Flatmates unknown
Evans St, Sans Souci
Basic member 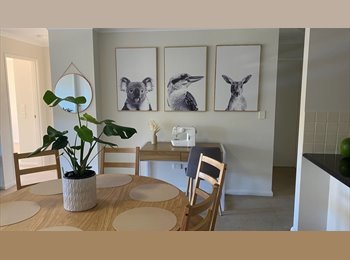 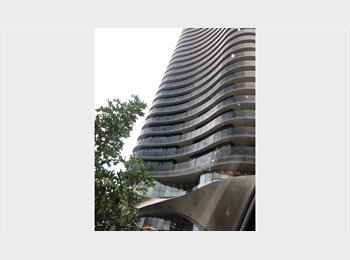 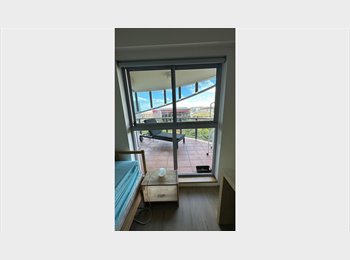 With a number of different highly urbanised cities to choose from, Australia has plenty of rooms for rent to offer you. It all comes down to your tastes and preference for location and flatmates. Most cities in Australia are found on the coasts, making it ideal for beach goers or those who love the ocean. If you prefer someplace away from the coast, Alice Springs may be the solution for you. It is known as the ‘biggest little town’ but nothing short on flatmates wanted. Australia is an attractive country to many from outside. Its low unemployment rate makes it ideal for young professionals, whilst its culture and strong academic credentials appeal to students. In fact, Australia is the third most popular international student destination in the world and 9th in university ranking system. Australia also ranks second highest in the human development index, meaning it ranks highly for the quality of life. Despite the fact that the cost of living in Australia may be relatively high, you can choose to share accommodation or find a flatshare to help lower the costs through flatmate finder Roomgo.

The more expensive cities you will find in Australia are major cities like Sydney, Perth, Melbourne, and Brisbane. Don’t let the high costs discourage you. There are always flatmates wanted in these cities. Each of these cities brings something special. Sydney, for example, is the largest city in the country but its full cultural diversity and landmarks are known around the world. Melbourne is the second largest city in Australia and is known for its fast-changing weather. Perth carries more of a beach lifestyle. But if the fast, bustling pace of the city is not for you, there is no need to worry. You’ll easily find a room for rent or a flatmate in the different suburbs located throughout the country. The quieter rural ones, like Acton Park or Oakey, provide a simpler lifestyle and one with lots of natural surroundings. Other suburbs, not necessarily quiet ones, can be found nearby or within cities like Brisbane, Launceston and Southport. These suburbs are popular locations to rent a room, with plenty of other suburbs available. You’ll also find flatmates wanted in these locations. 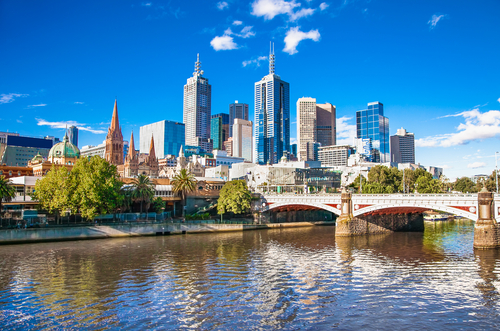 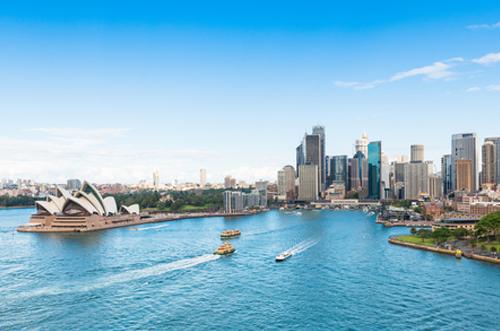 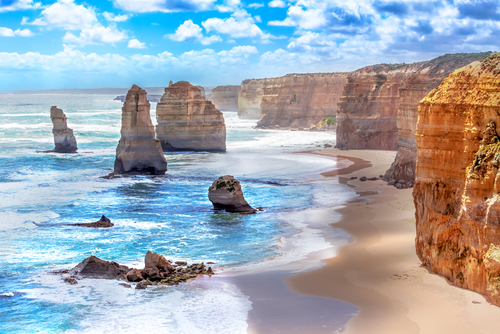 To young professionals, the big cities like Sydney, Melbourne and Perth are appealing because of jobs and the city lifestyle. With a large economy and a number of industries, like finance and manufacturing, Sydney has enough job prospects to make you start looking for flatmates in the inner suburbs of western Sydney, as it is the area most attractive to young professionals. Melbourne has experienced economic growth throughout the years and there are plenty of festivals to enjoy and see. Another city worth mentioning is Adelaide. This is a city growing in population, making it ideal for job opportunities, and so, flatmates wanted. Find a flatmat here and watch as the city’s potentials develop with time. The capital of Australia, Canberra, holds a low employment rate, which is also appealing to newcomers.

Australia not only caters for young professionals, but also for students from around the world. The number of students seeking to study will mean flatmates around your age who are also looking for roommates or a room for rent. The top cities students like to go to are Melbourne, Sydney, Canberra, Brisbane, Adelaide, Perth, and the Gold Coast, according to the ‘QS Best Student Cities 2016’. Melbourne has seven universities, which have received good rankings among international students. The city offers students enough things to do like live music or sports. Sydney also offers high-ranking universities and a high quality of life. Canberra has a very diverse student population, whilst Brisbane offers three major universities and a mix of urban and outdoor activities for its students. Adelaide also provides well-ranking universities and outdoor entertainment. Perth ranks 36th in Best Student cities index for culture and recreational activities, and the Gold Coast is a beach paradise with its two major universities, popular among Americans.

Roomgo is an online flatsharing community perfect for any landlord with a room for rent, a bedsit, a studio or other shared accommodation. We check every listing and make it quick and simple to find great flatmates you can trust. Since 1999, our service has created over 5 million flatshares worldwide.
The world's largest flatshare network
1000s of new flatmates every week
Get genuine enquiries from qualified tenants
Make your move!
Create your Roomgo account and join the web's largest flatshare community
FIND A ROOM LIST YOUR ROOM